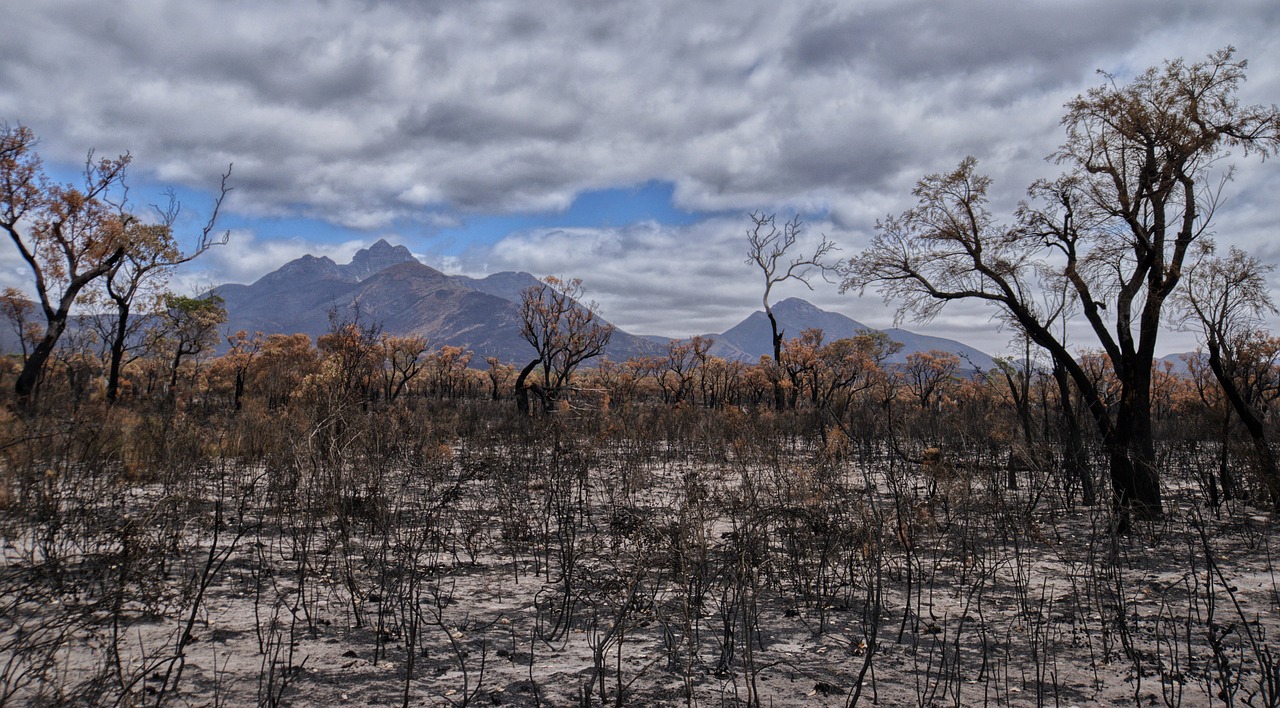 Few areas in Eastern Australia have escaped from the devastation caused by this year’s bushfire crisis. While we may consider the immediate danger and loss these have caused serious enough, it is scary to realise that the long term consequences of this virulent bushfire season may be even more serious.

While we are still in the tight grip of this crisis, it is becoming increasingly clear how challenging the recovery process will be - as those who have lost everything start to look at what the future may hold. Those who work in the food industry in particular, may be facing grim prospects for the next few years.

One of the most obvious problems is that faced by the livestock industry. According to Meat and Livestock Australia, around 9% of Australia’s cattle live in areas that have been significantly affected by the bushfires, while a further 11% live in areas partially affected – amounting to 2.3 million cattle in total. With sheep, the overall percentage rises to around 30% or 8.6 million.

With no way to escape such wide-spread destruction many of these animals were killed, with the Federal Agriculture Minister estimating such losses will exceed 100,000. Not all these animals were even directly killed by the fires, with many dying after it has passed, from heat stress or smoke inhalation.

The fires also severely exacerbate the problem of lack of feed already faced by farmers in drought stricken areas of Australia. Senior market analyst Matt Dalgleish explains that the livestock issue is far greater than the problem of initial stock loss, with the greatest dilemma being how to feed the remaining animals.

... the food industry in particular, may be facing grim prospects for the next few years.

"You've got farmers that have been paying a lot of money to bring feed in to try and sustain the animals. Now this fire has potentially taken away all that investment they've made in trying to keep their flock or herd alive."

Many farmers, in rural NSW especially, were also feeling the pinch from trying to survive in such an unpredictable industry during the drought. With the added problems caused by a bushfire, many may not choose to keep breeding livestock.

However, it is not only the livestock industry that has been affected. With over 12 million acres of land burned so far – much of this farm land – the supply of some Australia’s most fundamental crops, such as wheat, may be rigorously affected.

Sorghum is the key summer crop in Australia in terms of area sown and the quantity of grain produced. It’s mainly harvested in northern New South Wales and southern Queensland. The area planted to the grain crop will fall by 51% this summer to 241,000 hectares. Early planting was minimal and late planting would require significant rainfall, which is unlikely. So, production is forecast to more than halve to a record-low 398,000 tons, the Australian Bureau of Agricultural & Resource Economics and Sciences said last month.

The dairy industry, however, will probably be hit the hardest by this year’s bushfires.

The fires have also had less obvious affects of food production in Australia. Pollutants released by bushfires can affect crops and vegetation growth hundreds of kilometers away from the actual areas that have been burnt.

The dairy industry, however, will probably be hit the hardest by this year’s bushfires. While fewer than 100 farms have been burned so far, wildfires have ravaged drought-affected dairying regions, including Victoria’s East Gippsland and Bega Valley, in New South Wales.

Not only will this affect our food supply nationally, it may also cause significant impact at the global level, as Australia is one of the largest food exporters in the world. It produces 16% of the beef and 11% of wheat traded internationally, as well as other products like dairy, nuts, cereals, seafood, fruits and vegetables.

It been a long time since Australia’s food production industry has faced so many consecutive disasters. Recovering from this catastrophe will be a slow process, and one that requires unity and support from everyone involved, from the Federal Government to local farmers.